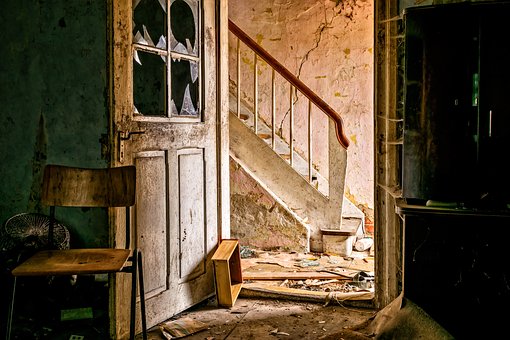 There are three knockers in the bible. Every human being has had Christ knock on the door of their heart. Whether the person hears the gospel or not, God, in His mercy, speaks goodness into everyone willing to accept. The one who ignores His calling does so at their peril. Only Jesus’ friends who know Him personally receive an invitation to the marriage supper of the Lamb.

The second knocker is the one who is not satisfied with knowing “about” Jesus but is among those who ask to know more, who seek His face and opens the door for Him with gladness. He never refuses any request to know Him more.

The knocker, which is relentless in its pursuit, will find the fulfillment of its quest. Blessed assurance, Peace in the storm, comfort in sorrow, rest for the weary, sight for the blind, and freedom for the captive await those who ask and seek with diligence.

The third knockers are those not interested or are oblivious to the signs around them. They believed the lie the deceiver blatantly proclaims about God and Jesus, His son. The devil paints a picture of a stringent and cruel God who tries to catch and punish those whose behavior runs contrary to His will.

The world claims freedom allows no restraints. Everyone can act as they wish so that every person becomes a law unto themselves. This kind of freedom is what we are experiencing today.

Jesus also claims to provide freedom. Which one is correct? If we look at the definition, we can arrive at the truth. What is freedom? To understand the meaning of freedom, we must first look at the antonyms of freedom.

Near Antonyms for freedom

The opposite of these is freedom. Bondage is the result of the absence of freedom. Does God have requirements? Yes, restrictions and guidelines are there as a guardrail to keep His children from falling into captivity. He desperately tries to save His creation from knocking on the forever-closed door. The third knockers are knocking on the ark’s door after closing. The third knockers are the five foolish virgins who missed the wedding because of a lack of earnest preparation.

The door of opportunity is quickly closing. Where do I fit in this scenario? Am I the second or third knocker?