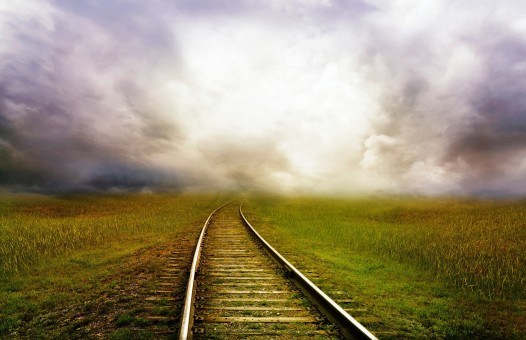 Excuse me! Excuse me! I’m calling out as people are looking down at me. Some kick at me to get me out of their way. Others are laughing at my humiliation or mocking my efforts. After peering through many varieties of shoes, I notice a piece of paper not far from the drinking fountain. Someone steps on my hand as I reach for its recovery, and the card scoots a little farther away. The last push forward is rewarded, and I stand with Tim’s card.

Raising the paper high above the crowd, I make my way to Tim is sitting on the bench. A different man is seated beside him than before. Tim greeted me. “Meet Gabe, Victor. He brought me a warm coat. I love this coat; it’s the finest I’ve ever had.”

I turn my head quickly toward the tracks with the sound of the approaching train. Let’s get you up, Tim. The train is almost here.” The man beside him reaches around Tim’s back and holds him steady.

Making our way slowly through the jostling crowd is proving more difficult than I first thought. With fiendish glee, some were pushing us back, and vendors were selling their trinkets and pleasures all through the crowd.
Just then, I spotted Faith. One of the vendors had caught her attention. He was taking her away, and I was too far to stop her. Then I noticed it was Faith who was monopolizing the conversation and not the vendor. She opens the bag of pleasures he is carrying and shows him inside. Then she turns the bag upside-down to reveal the bag is empty. Faith begins to lead him to where we stand.

“Victor, I want you to meet Chase. He has been looking for Hope but cannot find her. He reached out his hand to shake mine when an elegant lady by the name of Grace slips his outstretched arm through the sleeve of a familiar coat. Another perfect fit. At the same time, Hope steps up to put a card in his pocket and whispers, “it’s nice to meet you, Chase.

The train whistles its approach as it rounds the bend into the station. As the train comes to a stop, the Conductor steps out onto the pavement. ALL ABOARD, he calls out in loud and clear tones. Taking a quick second look at the Conductor’s face, I recognize him as the messenger with the shiny white card at my door.

People are pushing and shoving toward the Conductor. He steps back onto the step of the train to make an announcement. “May I have your attention, please?” The roar of the crowd subsides. Only those who brought their white invitation to meet the 7:40 train and those of you wearing the gifted coat will have access to the train. There are no baggage cars on this train. Those of you who brought baggage cannot board.

One lady behind me blurted out, “I didn’t know the card was that important, and what’s with the coats. I’ve got lots of deeds to recommend me and references here for you to look at.” “Yeah, so do I,” and “so do I,” says another. The Conductor speaks. This train only holds My friends, the others I do not know.

With that, the crowd turns violent and starts picking up rocks to throw at the ones boarding. Anything available to stop the people from getting on the train the angry mob uses.

The Conductor calls for reinforcements, and instantly each of us passengers has an impenetrable shield held by men in uniform. We all rejoice because of the victory over the deceiver that walks the streets pretending to be our friend. He is the evil one who steals our timepieces and crushes them.

We have waited for the promise, and it is now here. As we board and find our places around the Conductor, the sun breaks over the horizon. The storm hushes at the Conductors’ call for peace. Every cane, wheelchair, and wound disappears as we pull away from the station and ride toward the beams of the rising sun.