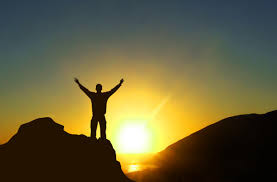 At Jesus’ trial, the hatred of the Priests, Pharisees, Sadducees, and Teachers of the law culminated into an undignified street riot. So strong was their desire to rid themselves of the presence of Jesus they lost their usual superior air and poise.

Pilate, wishing to appease the Jews offered Barabbas as a substitute. Surely, the well-known killer and leader of insurrection would be chosen but no, he wasn’t. Why, why was the insistent cry for the death of Jesus so powerful?
Jesus represented everything they were not. His holy presents highlighted their ungodliness. Jesus is the revealer of secrets, and they had plenty they were hiding. Barabbas on the other hand was looked down upon and gave them justification for their behavior.

Today, we Christians are and will continue to be, a target for those who desire the ways of the world. The divide is growing daily between the world’s view and God’s ways.
Standing our ground will take great wisdom and resolve. This is not the time to be politically correct and cower under criticism or personal attack. Before the authorities, Jesus said what needed to be said. He told them who He was and what He had come for. After that, there was nothing more He could say to change their minds. He remained silent because of deaf ears.

Don’t sit, stand, don’t hope, believe, don’t fear, be courageous, don’t be discouraged, shout for joy, for the Lord is mighty in battle!