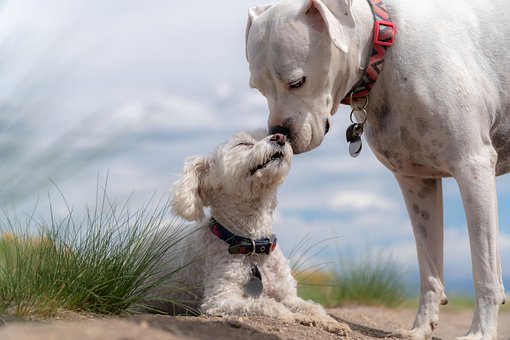 · Deoxyribonucleic acid, more commonly known as DNA, is a complex molecule that contains all the information necessary to build and maintain an organism. All living things have DNA within their cells. The fact is, nearly every cell in a multi-cellular body possesses the full set of DNA required for that organism.

· If uncoiled, the DNA in all the cells in your body would stretch 10 billion miles, from Earth to Pluto and back.

DNA is vital for all living things. DNA is essential for inheritance, coding for proteins, and the genetic instruction guide for life and its processes. DNA holds the instructions for an organism’s development, reproduction, and, ultimately, death

After reading these brief facts, let’s look at what God had in mind concerning DNA as it pertains to you and me.

In the beginning, when the Godhead (Father, Son, and Holy Ghost) got together in conference over the construction of this world, they knew what to create first, second, third, and so on. After making everything perfect in beauty, and symmetry, and implementing the functions for each plant and animal, seasons, and cycles, they came to their ultimate work of art – man.

Within each human being is the intricate implantation of what makes us unique, our DNA. Since there was no human prior to Adam and Eve, the Godhead was the first “parent” or contributor to our molecular make-up. Each cell in the human body contains vital ingredients that the Father wanted to share with us, His DNA.

“…so God created man in His own image, in the image of God He created him; male and female He created them.” Genesis 1:27

Since DNA passes down from parent to the child, God calls us His “children.” Adam and Eve had characteristics from all three of the Godhead, not only in appearance, but in their mannerisms, the way they walked and talked, and even thought.

However, God also gave His children the freedom to choose. Unfortunately, Adam and Eve made the wrong choice and introduced sin into our genetic make-up. Thus, our DNA became corrupted, disfiguring the image of God we once had. This element of evil violated our goodness, producing fear and distrust in man. Once the offspring of our first parents’ DNA became diluted by sin, doubts grew. We doubted God’s love; we doubted whether we could trust Him.

From generation to generation, the semblance of a holy God began its decline. If something doesn’t change our corrupted coding, humanity is doomed to destroy itself. What can be done to rectify this doomsday scenario?