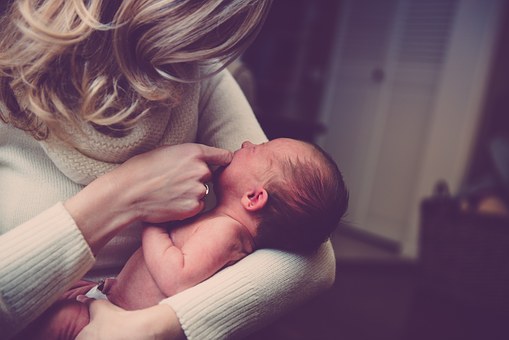 A plan was ready if the worst happened, and, it did. A God who fathered His children would not leave them in a lost state, even though their condition resulted from their own choice.

How did God change the fallen condition of humanity to once again replicate His image? In the Old Testament, no one knew about DNA or that it is a genetic code with our heavenly Father as the origin. He gave us the essence of who He was through DNA. Now that humans polluted the purity we once had, God is hardly recognizable within us.

Nicodemus came to Jesus under the shadows of night and discussed His unbelievable miracles as proof God was with Him. Wanting to bring salvation to this questioning church official, Jesus pointed out Nicodemus’s glaring need. Jesus replied, “Very truly I tell you, no one can see the kingdom of God unless they are born again.” [John 3:3]

What does it mean to be born again?

Therefore, if anyone is in Christ, he is a new creature; the old has gone; the new has come.

Look at these next verses and see if God is telling us something unrecognized thousands of years ago.

He saved us, not on the basis of deeds which we have done in righteousness, but according to His mercy, by the washing of regeneration and renewing by the Holy Spirit.

Do you not know that your bodies are temples of the Holy Spirit, who is in you, whom you have received from God? You are not your own;

Is it possible that our creator regenerates our old DNA upon rebirth? If this miraculous transformation is correct, it explains why my earthly father’s whole personality changed when he accepted Jesus. He no longer carried the negative traits he once had. When my dad surrendered himself to Christ, people saw an undeniable difference in him, with characteristics that resembled his heavenly Father.

One could say there was a DNA renewal.