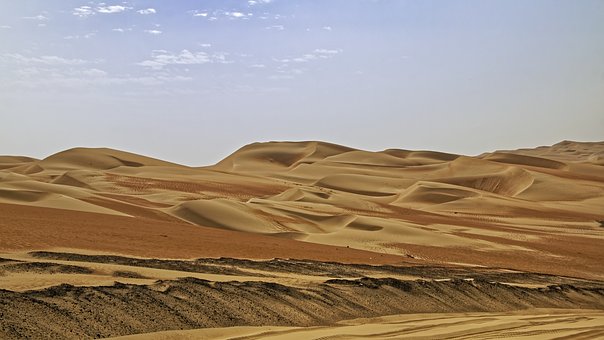 “Where have you come from, and where are you going?”

These were the first words Hagar heard from her unexpected visitor. He found her, in the desert beside a spring on the road to Shur. Genesis 16:7

Hagar was running. She didn’t ask to be Abram’s wife. She was a servant. Sarai herself had given Hagar to be Abram’s wife with the expectation of producing the heir God had promised Abram years earlier. Sarai had suffered the shame of no children. Not having the ability to have children was seen as a curse from God in those days. To Sarai, giving Hagar to be Abram’s wife solved two problems. She could secure a child of her own and fulfill the promise God gave Abram twenty years earlier. Hagar became an innocent victim at the hands of the person who was her only security.

Now, alone with no place to live and no place to go, Hagar is met by God on the road to nowhere. It’s not that God didn’t have the answer to the question He asked Hagar, but Hagar needed to know God knew the answer. In their conversation, God opened her eyes to see she was not alone, destitute, or without hope. The One who created the universe, set the stars in their place, and put kings on the throne left heaven to meet a servant women on a desert road. Other peoples’ choices put her in an abusive circumstance, and God did not ignore her plight.

Hagar exclaimed, “You are the God who sees me.” She thought her life had come to an end. She thought no one even noticed her. She felt, “no one gets me.” But Someone understood and came to reveal Himself to her.
How many people know you? I don’t mean the number of people you are acquainted with, but those who truly know the real you? Think of the one person who knows you better than anyone else and you will discover there’s not anyone who knows everything about you. No one knows where you have been and where you are going except the Christ who “gets” you. Your circumstance may or may not be of your own making, but God sees you. He knows the backstory of who you are and every detail of what brought you to where you find yourself now.

Because to God, you’re not lost or forgotten in the maze of humanity; you can say along with Hagar, “I have now seen the One who sees me.”