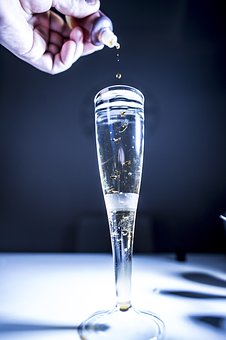 Satan waged his battle for supremacy immediately after Adam’s fall. He desired to dismantle and destroy what God had conceived to be a perfect creation. The Triad began their counterattack with one objective: save humanity from the result of the choice they had already made. Not only Jesus but also humans must drink the bitter cup of sorrows. But the Master has reserved a cup for those who choose Him and reject this worlds’ system. That container holds Jesus’ promises of victory for everyone who calls upon His name. He promised no easy life, but one of difficulty, for the enemy is in full pursuit of your and my resolve to worship Him and Him alone. Turning our eyes on Jesus raises us above the attempts of evil to knock us off course.

Now that man knew both good and evil, why did Adam and Eve consider evil preferable to good? That depended on how they looked at the cup filled with poison. If the devil convinced them the bowl held things to please the senses, the end would be in his favor. He picked a mixture of self-gratification, the want for gain, and pride. When Eve saw that the fruit looked good to eat, she became enticed. The thought of being like God drew her into thinking Jesus had withheld something she wanted, and she took the poisonous drink.

Satan never readjusted his course. He has used these same tactics from the garden of Eden to this day. Why? Because they work so why change? He tried to bring about Jesus fall using the same approach when he met Him in the wilderness after forty days of fasting. Where Adam and Eve lost their focus and succumbed to the temptation, Jesus succeeded by not arguing, but using the words He had inspired the prophets to write to confront His attacker. He resisted the temptation to turn the stones into bread to satisfy His hunger. He rejected the jump from the pinnacle of the temple to prove He was God and the enemies enticements for power. This world’s system of self-satisfaction was not His desire; to please His Father was. Something we should emulate when battling the adversary. If we don’t keep our mind off what the cup of illusions offers, it’s a short slide into a deep hole, and the smooth walls are impossible to scale without the direct intervention of God.