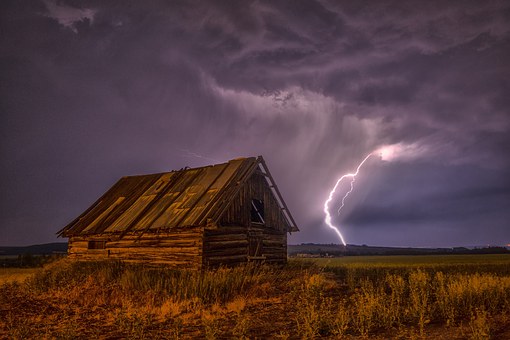 A storm was developing in the western sky, and my mother and I couldn’t locate my brother. She repeatedly called his name until he nonchalantly strolled into view. My mother was aware of the coming peril, but my brother was oblivious to its danger. She recognized the threat as urgent, but my brother questioned her concern until the fury of the storm hit.

God doesn’t call us just once, but three times, in our spiritual walk with Him. Urgency is attached to each call. The first one comes to separate us from what holds us captive to the world’s deceits and treacheries. Our fleshly desires are rooted deeply in the soil of deception, which hinders us from learning the truth. Jesus came to seek and save the lost. He alone is our passport to liberation.

The second call is made for the purpose of bringing us into intimacy with Him, the Father, and the Spirit. Have you observed the phenomena that occur when two individuals have lived together for many years? They end up resembling each other in many ways. Often they talk alike, using the same wording and voice inflections. They finish each other’s sentences. Their facial expressions and physical mannerisms mimic each other. Sometimes they even come to look alike! The Bible describes it as the two becoming one. Why does Jesus want that for us? Because the more we live together, the deeper becomes the bonds of mind and heart. The more our thinking is in sync, the less we wish to be apart. When this unity is achieved, it diminishes the chance that the devil’s illusions will have any power over us. Holy Scripture calls this sanctification or transformation into the likeness of Christ.

The final calling is for people to engage together in the battle against evil. The Enemy’s forces are trained in hand-to-hand, or mind-to-mind, combat. Jesus invites us into the ranks of the living God to join Him in rescuing as many people as possible from the jaws of death. It is equivalent to enlisting in His service.

Each calling is vital to our future as well as the present. Have you received the summons to enlist, are you in training at boot camp, or are you among the troops engaged in active service? If you’ve answered these calls, you are in God’s safe hands!

“Being confident of this, that He who began a good work in you will carry it on to completion until the day of Jesus Christ.”
Philippians 1:6, New International Version (NIV)