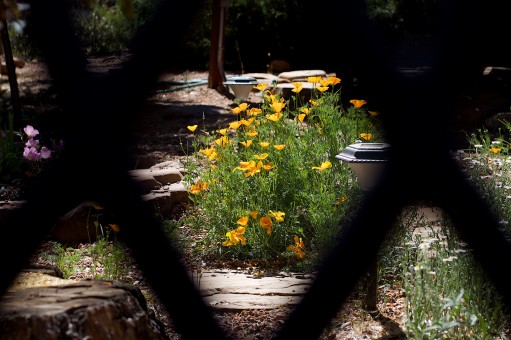 A prison inmate found himself incarcerated once again after he violated his parole. Soon after that, he learned his son was gravely ill with a brain tumor. Distressed at the prospect of not seeing his son, he applied to the prison board to allow him his freedom. Contrary to expectations, the panel granted the request, putting the prisoner back on parole with the ability to see his son. Sadly, his son died before he could reach him. He then set caution aside and it wasn’t long before he was back behind bars.

I heard this story on a television program that was interviewing several prisoners to get their stories of repeated offenses. The interviewer asked this inmate why he didn’t take advantage of the freedom they gave him. Why did he squander his chance at liberty? His answer struck me as profound. “When I was released my body was free, but my mind wasn’t.”

Many people are walking around as if they have a firm hold on freedom, but their minds are in captivity to sin, addictions, and deceptions that are chains that defy any human effort to break. Bleak is their prospect of liberty without a power beyond that of their own strength.

God is not weak, or a mere notion, or a pipe dream. A simple cell reveals the intricacies of the Creator’s ability to free everyone held under the spell of evil. Look up for your redemption is nearer than you think. Take a chance on Jesus, because to experience freedom is to know the only One who can break the chains that bind you.

Here are five difficult steps to liberty; difficult because not one step is natural to human behavior, so read them carefully.

1. Recognize you have a need.
2. Have an honest desire to change.
3. Admit you are powerless to do anything to improve your condition.
4. Give your life and CONTROL to God.
5. Leave it there without revisitation.

Follow these steps, and your mind will find release from captivity.

Psalm 16: 8
I keep my eyes always on the LORD. With him at my right hand, I will not be shaken.